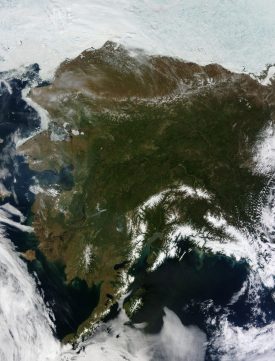 Here are some words that you’ve probably heard: economic opportunity. The ability to take part in the global market is considered a benefit. We want job growth, we want opportunities to make money and better our living conditions. In this day and age, money makes the world go ‘round. So, what do you do if you’re locked out of the economic opportunities that most of us take for granted?

The bulk of Alaska is remote. Outside of the big population centers, access to basic amenities such as health care or consistent, good quality education isn’t guaranteed. Travel gets tougher and tougher, transporting goods becomes more expensive, and firms have little to no incentive to locate themselves in rural Alaska; Alaska has one of the highest costs of living in the United States, as well as high unemployment.  Overall, the state’s 11% poverty rate is actually better than the United States average, but looking at Alaska’s census boroughstells a different story. As you follow the coast up into the Bering Sea, the poverty rate climbs: 15% on the peninsula, 28% around Kuskokwim Bay, up to a whopping 38% when you reach Norton Sound. In the small towns and settlements dotted along the shoreline, citizens often practice subsistence lifestyles. The usual markers of a diverse economy – factories, farms, service sector work – are nowhere to be found. Their best, and often only, economic resource is the sea.

Image: On June 17, 2013, NASA’s Terra satellite got a clear photo of Alaska, including most of its 6640 miles of coastline. Image source: NASA Earth Observatory