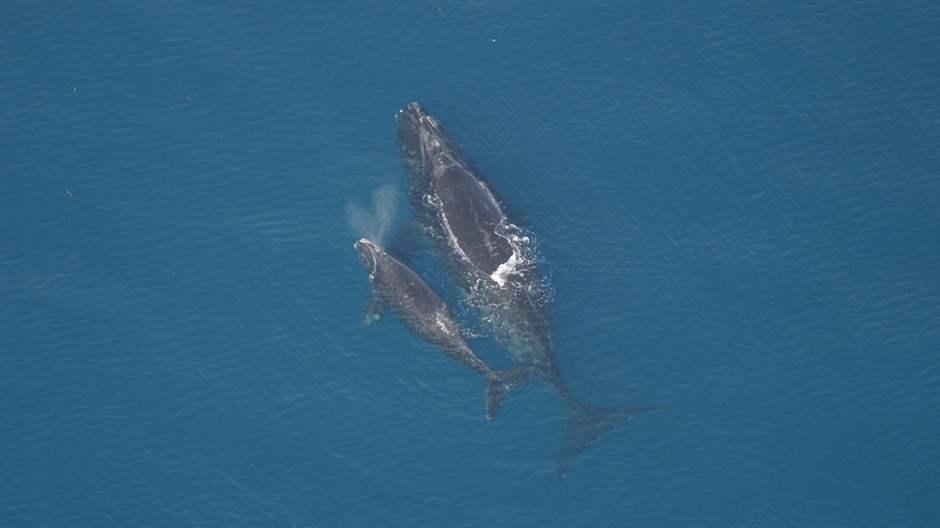 North Atlantic right whales are among the most endangered of all whales in U.S. waters, with such a small population that even one death a year can push the species toward extinction.

Whales, lobster, and cod are among New England’s most iconic marine creatures. Yet despite its status as a symbol of this region’s seafaring past, one of these species—the North Atlantic right whale—needs urgent help if it is to survive.

Named because it was the “right” whale to hunt—rich in the oil once used in street lamps and likely to float after being harpooned—the North Atlantic right whale population had dropped to an estimated 100 in 1935, around the time commercial hunting was outlawed. It was listed as endangered under the Endangered Species Act in 1970, and a slow but steady recovery followed for decades. But around 2010, a disturbing change was detected.

Marine scientists began noting with alarm that right whale deaths had risen significantly, eclipsing births. And in a population now numbering no more than 411, with only about 105 females of reproductive age, even one death a year drives right whales toward extinction. Most of their deaths are caused by humans, not predators, disease, or aging. Their biggest current threat is entanglement in fishing gear, followed by strikes from ships. Right whales’ downward spiral is avoidable and must be reversed.

Just as right whale deaths were rising, one part of the commercial fishing industry was expanding rapidly into new areas, and with little oversight: the lobster fleet. The growing lobster catch over the past decade corresponds with the increasing amount of the lobster fishery’s vertical ropes in waters where right whales are found. In addition to small-scale coastal lobster fishermen, who use small dayboats to check their pots, an offshore lobster industry has developed in recent years. To operate in deeper and more distant waters, these large offshore boats use bigger, heavier pots and thicker, stronger rope to attach their pots on the seafloor to surface buoys. Unlike nets towed behind boats and pulled out of the water, lobster pots and lines pose an omnipresent threat to whales because this gear spends nearly all day and night “soaking”—stationary in the water column. 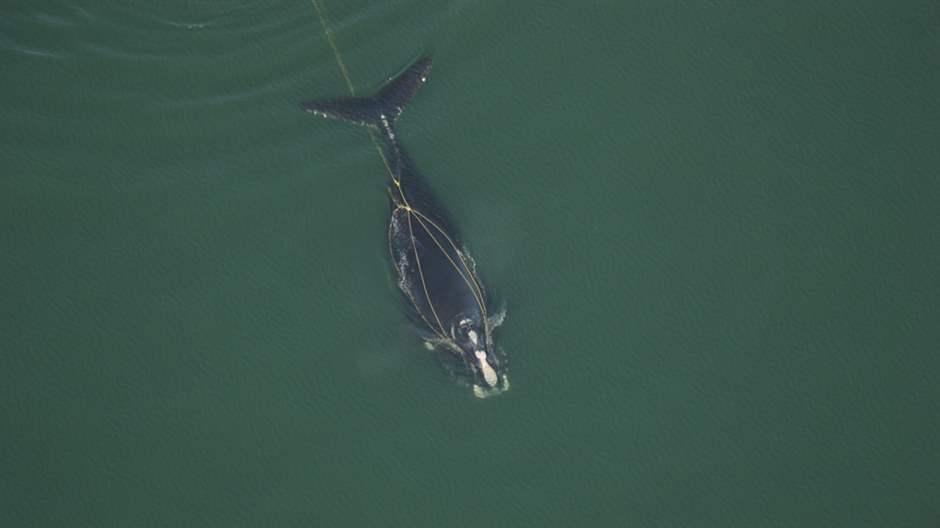 A right whale swims while entangled in fishing gear. Such entanglement is the primary cause of death for North Atlantic right whales, but it does not often kill them immediately.

In the U.S., the National Oceanic and Atmospheric Administration (NOAA) is responsible for protecting right whales and other marine mammals and has the authority to modify fishing rules. This year, the agency is likely to introduce new rules, which may entail changes to the gear the lobster industry can use, areas closed to lobster fishing, and increased monitoring. Canada recently updated its rules for reducing the entanglement of right whales in its waters; early signs suggest that Canada’s first set of rules, put in place last year, were effective. The U.S. should follow Canada’s lead with strong measures to reduce entanglement. Legislation introduced in the U.S. House of Representatives March 6 would help by funding research and cooperative fishing programs that would bolster the work of NOAA and the states to reduce entanglement.

In the past decade, as more ocean fish in U.S. waters have recovered from decades of overfishing, managers have turned their attention to reducing the impacts of fishing on marine ecosystems and wildlife. Achieving that is often complicated and almost always requires that scientists, fishermen, fishery managers, and conservationists work together. The challenge of reducing right whale deaths has prompted some of those stakeholders to form such groups as the North Atlantic Right Whale Consortium and the Ropeless Consortium. In addition, the Take Reduction Team, a group of fishing interests, conservationists, and state and federal managers, is required by law to develop plans that reduce the risk of fishing gear to marine mammals.

When The Pew Charitable Trusts started working in New England, our goal was to help ensure science-based catch limits for the region’s marine fish populations, many of which were depleted after chronic overfishing. Over the years, we expanded our focus, working with our partners in the Herring Alliance, to protect prey—or forage—fish populations, including Atlantic herring. With other partners, we encouraged safeguarding sensitive marine habitats, including deep-sea corals and the area that became the Northeast Canyons and Seamounts Marine National Monument. Working to end the entanglement of right whales in fishing gear underscores our commitment to ecosystem-based fisheries management.

Pew is committed to finding evidence-based solutions in all of our work, including the problem of human-caused right whale deaths. By supporting research and advances in gear technology and working with partners inside and outside of the fishing community, we believe there is a way for both the North Atlantic right whale and New England’s fishing culture to survive—and thrive—far into the future.

Peter Baker directs The Pew Charitable Trusts’ efforts to protect the Atlantic Ocean marine life off the U.S. and Canada.